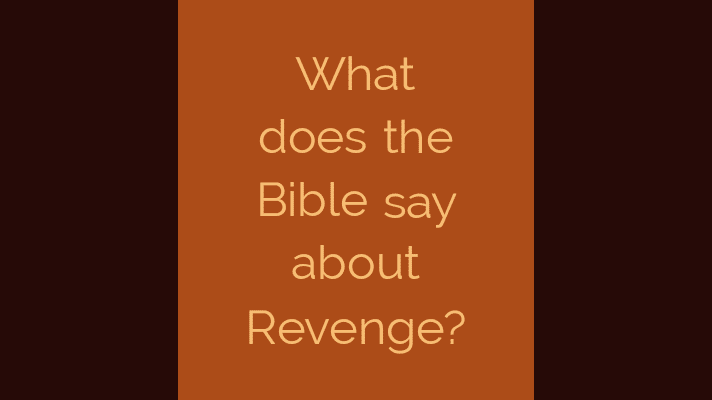 What does the Bible say about revenge? The Bible tells us to leave revenge to God. Our natural inclination is to revenge whenever someone does wrong to us but we should not do it.

While God has not forbidden revenge, He has asked us not to carry it out by ourselves.

The Bible asks us not to revenge because we too have done wrong to God yet He has not revenged against us.

God is just and He treats us according to His justice. When we do wrong to God and He decides not to punish us immediately, it shows how much He loves us.

The time He allows us to repent for the wrong we have done to Him shows how much He loves us. God expects us to have the same attitude when dealing with one another.

God wants us to be slow to anger as He is.

This is why it is dangerous to revenge.

Jesus taught a parable of a master who forgave a great debt that his servant owed him. But the servant who was forgiven went and harassed a fellow servant who owed him a small debt.

When the master heard what the servant he had forgiven had done, he was angry and in his anger declared a severe punishment for him.

Therefore, learn to forgive others and if you struggle to forgive, pray that God gives you the grace to forgive. The good thing is that eventually God will carry out His justice.

“Vengeance leave to me” The Lord says.