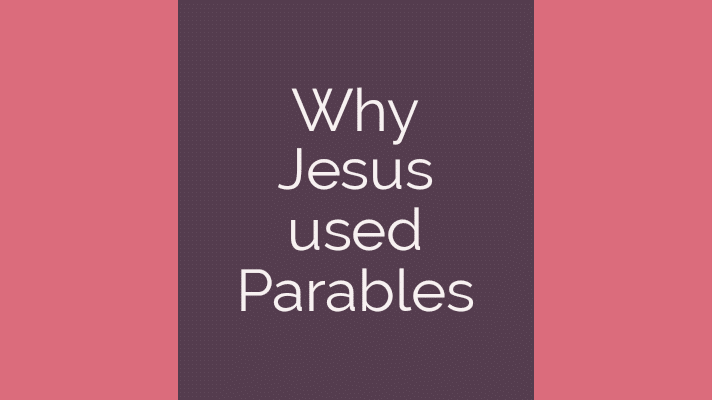 These are some of the reasons why Jesus used parables.