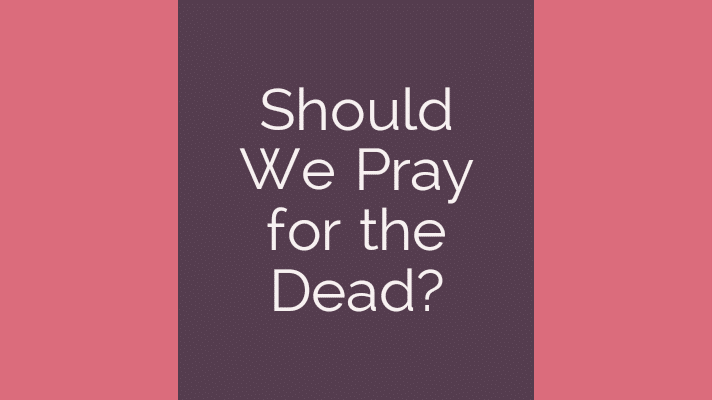 The only thing God asked us to do to the dead is raise them. When Jesus was sending out the seventy two, He instructed them to heal the sick, cast out devils and raise the dead.

Some may argue that raising the dead is equivalent to praying for the dead but that is not true. When Jesus was raising Lazarus from the dead, He commanded Lazarus to come out.

That is different from making an intercession for a dead person.

The truth of the matter is that once someone dies, he is out of the influence of men. God has given us influence over the lives of others in that we can pray and make intercessions for them.

A mature believer in Jesus is not expected to be making foolish prayers for the dead. There are many wise things we are asked to pray for.