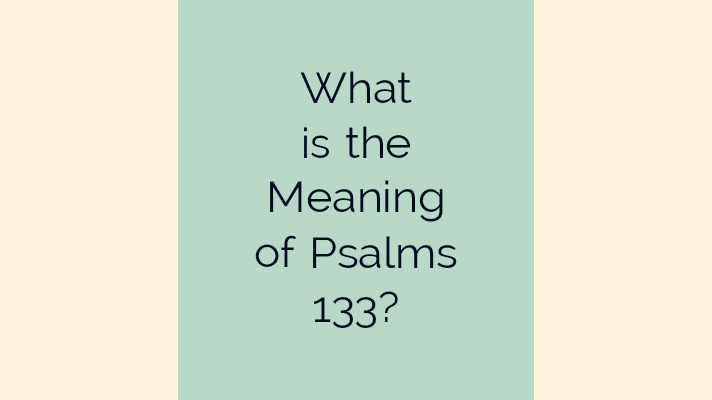 What is the meaning of psalms 133? Psalms 133 is a picture of what unity among God’s people appears before God. It is pleasing to Him when His people are united.

The unity appears before God as pleasing as oil running down on Aaron’s beard. We know that Aaron was a priest. Priests were mediators between God and man before the coming of Jesus.

Psalms 133:3 talks of unity among God’s people appearing as dew of Hermon falling on Mount Zion. We know that dew falls in the morning.

Dew also brings a refreshing which is why mornings are associated with new beginnings.

Unity among God’s people is refreshing in God’s eyes. The wrangles that have existed among us can be equated to night time in God’s eyes.

When we unite ourselves in the Lord, it feels to Him as a refreshing morning feeling. The sweet refreshing feeling causes Him to bestow blessing upon His people and everlasting life.

It is clear from Psalms 133 that unity is pleasing in the eyes of God. As we know, unity is a result of the decision of more than one person rather than an individual.

But to achieve unity, each individual must seek to find unity between Himself and God. Therefore, as an individual, seek to be united with the Lord.

By each one of us uniting with the Lord, we will have united ourselves.

That is the message in Psalms 133.