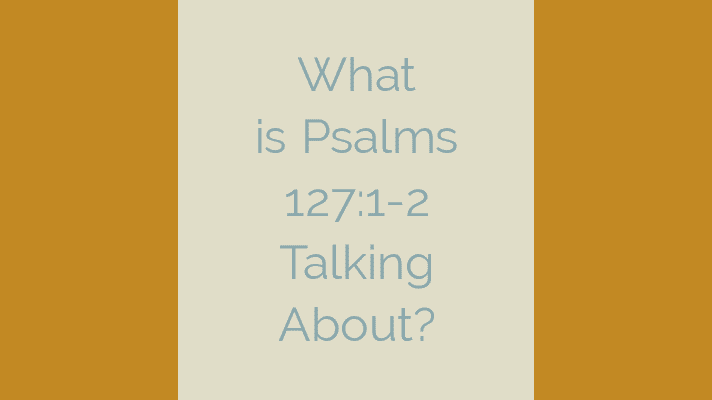 How many times have men built houses but those houses were demolished? Even the temple that Solomon built for God was demolished when Israel turned away from God.

When the disciples of Jesus marveled at the temple, Jesus told them not one stone shall be left on another. Jesus also spoke of destroying the temple and building it in three days.

While the house here is both physical and figurative, the truth remains that only houses that God builds last.

This house can also represent a marriage; marriages built on the principles of God last but those built on human philosophies end in divorce.

Jesus himself promised to build His church upon a rock referring to Peter and promised that the gates of hell shall not prevail against it.

All these references approve what Psalms 127:1-2 states; only houses built by God will stand.

‘Unless the Lord watches over the city, the watchman stays awake in vain’. This is still an emphasis of the futility of excluding God.

The Psalmist wants us to know that though we are asked to work, it is the Lord who establishes whatever we work on. We will find success if we build based on the principles of God.

We will stay safe if we put our trust in God rather than what our eyes can see and what our hands can touch.