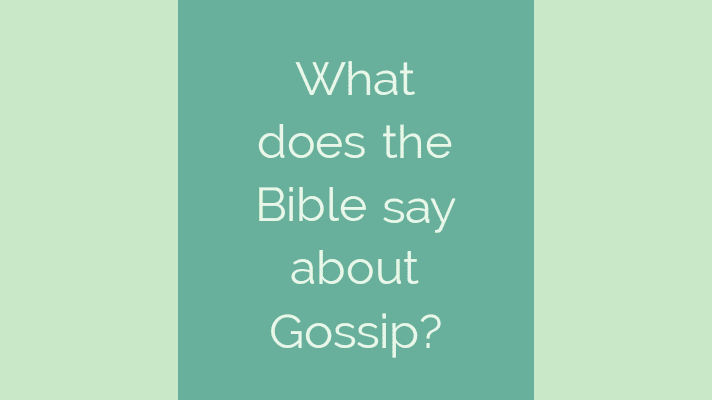 What does the Bible say about gossip? The Bible has mentioned gossip a number of times as a detestable act in the eyes of God.

From the story of Moses, Miriam and Aaron, we see Miriam punished for talking against Moses concerning the wife Moses had married. Her name was Zipporah.

This form of gossip in the Bible is referred to as slander. While gossip is generally believed to be talking about someone in a bad light, there is more to gossip than merely talking ill about someone.

First, gossip includes lies. Spreading false information about someone displeases God. This is commonly referred to in the Bible as lips that spread lies.

Lying can be in the form of exaggeration. Making the situation of a person look worse than it is displeases God. We have been called to carry one another’s burdens. God expects us to pray for one another in the various challenges that we go through.

In the book of Job we are told that sin is sweet even though a man ends up with a stomach full of gravel. Gossip is sweet both to spread it and to listen to it. The one who spreads it and the one who listens to it are equally guilty.

If you are affected by gossip, either by spreading it or listening to it, ask God to help you overcome it. Gossip is a serious sin that deserves severe punishment. It is a form of lying that God hates.

Remember Jesus is the only one who can set us free from sin. Therefore, rely on His power to overcome gossip.