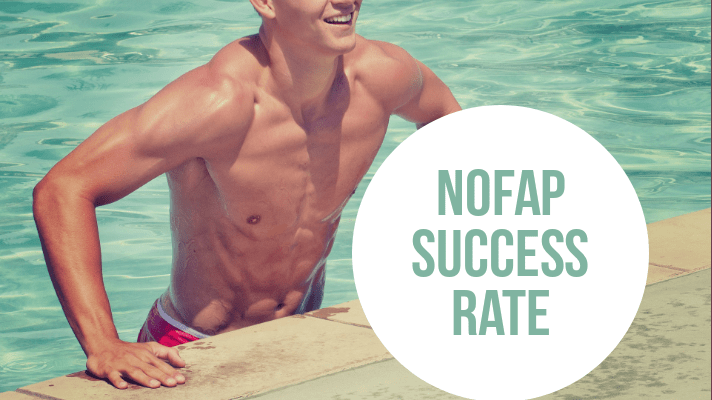 Do you want to know the exact percentages of people who succeed with nofap? Well, that is what this article is all about.

The nofap success rate data given in this article was taken from a poll that was carried out in Reddit’s nofap sub-reddit.

The respondents were all people who were practicing nofap. Though the respondents only represent a small fraction of the entire population of people who practice nofap, the results are reliable.

The surprising statistics show that more than 50% of all people who start nofap can’t keep up with it for a month. Considering the huge population of people who practice nofap (The nofap Reddit group currently has 736,000 members at the time of writing this post), it is shocking to know that over 368,000 people in the community can’t do nofap for a month.

Obviously the number is higher since there are many other people who practice nofap but they are not in the nofap’s sub-reddit.

While 7K may sound inspiring, remember that 728K out of 736K people can’t do nofap for a year.

The saddest part about these statistics is the fact there is still a possibility of getting a relapse even after hundreds of days of nofap.

Also, we are not told about those who practice peeking during the nofap period. A good number of the successful people may be victims of edging and peeking.

Enough with the numbers, let’s talk about the underlying issues…

I know you are here because you want to know if you stand a chance of succeeding with nofap or not. I have good answers for you.

Why Nofap’s Success Rate is so Low

Technically speaking, there is a 1% chance that you will be successful with nofap. It may sound doable until we rephrase and say 99% of all people who start nofap fail.

More than half of them can’t do even a month!

With such a low success rate, questions must be asked. I wrote an in-depth article that explains why nofap is so hard. It is a good background article to help you understand what I want to share here.

Nofap can easily be taken as a test of one’s discipline. Being human already means that you naturally dislike discipline.

It is a huge responsibility that your brain wants to avoid. Nofap involves several activities which are hard to do leave alone doing them consistently. The 8% of people who can’t do nofap even for 2 days will tell you just how hard it is.

People who might have worked on their discipline prior to starting the nofap challenge may get some days under their belt but then it doesn’t last long.

Poor discipline is a guarantee of failure when it comes to nofap. Your discipline must be close to perfection for you to stand a chance of being in the 1% of people who go for more than a year.

Starting nofap on the wrong foot is a death sentence even before you go to court. Anytime you put your goal before your work, you can’t achieve it.

This explains why majority of them can’t do even a month of nofap. The body can barely endure a month of hard exercise that was never expected.

Can the NoFap Success Rate get any better?

Technically speaking, if the 99% copy what the 1% does, the success rate will definitely get better. However, that is not going to happen because 99% of people are not prepared to handle nofap’s difficulty level.

My life has since transformed.

Consider that nofap never gets easier. What about when you become busy with other life activities?

In other words, nofap is not a solution to your addiction problem. You would rather spend your energy looking for an alternative than trying to make nofap work.

Being in the 1% of anything is never an easy task. It is even more discouraging to put in effort with the hope of being in the 1% and you fail.

For the few times I tried nofap, I failed yet I worked extremely hard. The longest time I was able to go free was 21 days.

Don’t be fixated on using nofap to cure your addiction to fapping. My success came when I gave other methods a try.

All the best in your pursuit for freedom!