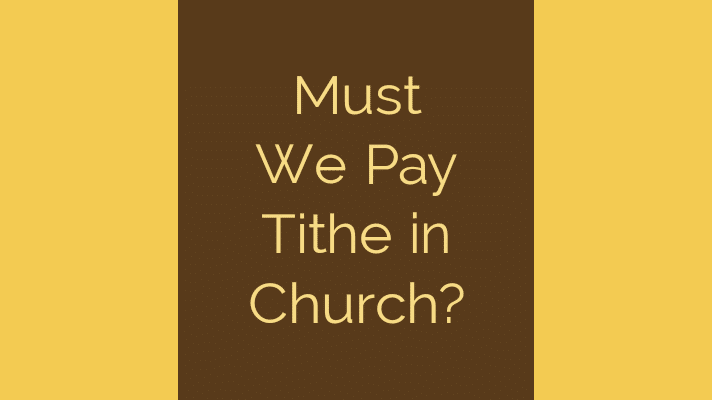 But after Jesus came, just by believing in Him, God counts you as having fulfilled the whole law including honoring Him with your wealth.

In the New Testament, we are asked to offer our bodies as living sacrifices, holy and acceptable to God. The emphasis is on us offering ourselves to God rather than offering tithes and other things to God.

If you offer yourself to God, then all your wealth belongs to God too. In fact, you will be giving 100% of your wealth to God as opposed to the 10% that was required in the Old Testament.

In simple terms, paying of tithe in church should not be done as a way of fulfilling the law but rather as a sign that you have offered yourself to God as a living sacrifice.

Jesus emphasized this point when He rebuked the Pharisees for paying their tithe when they were neglecting important aspects of salvation which were justice, mercy and faithfulness. Jesus insisted that they should have done the latter without neglecting the former.

Paying tithe in church is not a means to get rich. The goal of paying tithe should be to make ourselves poor so that Christ can make us rich.

Apart from the spiritual aspect of paying tithe, tithing helps us keep ourselves in check so that we won’t value money over God. But again this is only a secondary reason for paying tithe.

There are many other secondary reasons for giving tithe but they only make sense if the primary reason is fulfilled.