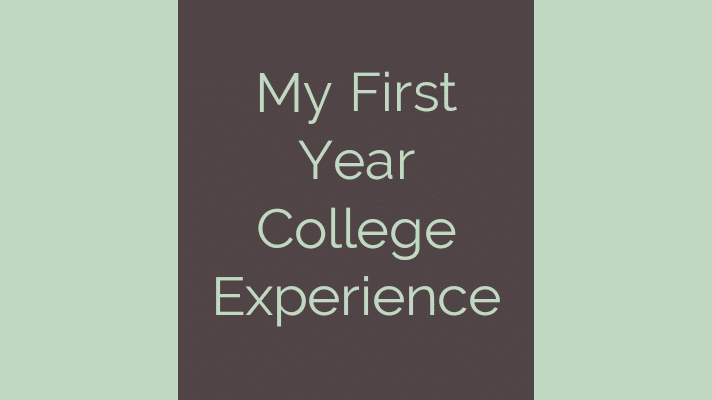 My first year college experience was so bad that I dropped out. However, I went back three years later.

If you are interested in reading my full story of how I dropped out of college and what it felt like, check out my eBook.

In this article, I will outline five of the worst experiences in my first year in college that made me drop out.

Whenever I heard about college, I would think of a place where great minds are sharpened. I expected to see order and perfection in such a place.

But on my first day, I was met with a rude shock. The admission process was not the straight-forward experience I thought it would be.

I spent over 6 hours of my time waiting on a queue that never seemed to move. Though I had dressed smartly for the day, I got to the admission desk smelly and soaked in sweat.

My legs had grown numb because of the many hours of standing I had endured. I couldn’t believe that an institution of ‘higher’ learning could not come up with a way of making the admission process an enjoyable experience.

Every little bit of my heart hated University. All the much respect I had for institutions of higher learning went down the drain pipe.

I would be unfair to blame the college administration for the trouble I experienced in my first year in college. The College took the entire first week after we were admitted to orient us but I only attended one session out of five.

Read Also: How Dropping out of College affected my Life

I missed when other students were being oriented on where to attend classes. I was still struggling to calm my heart down after the terrible experience during the day of admission.

A week after reporting, the orientation program was over and students went to their respective classes. I knew neither where my school was nor anyone in my class.

I inquired from a number of people where lecture halls were and in good faith they showed me. The problem was that I didn’t know the timetable of my class; I had no idea where to get it from.

After three days of tirelessly searching, I met a friend of mine who had also been looking for the venue of his classes. We teamed up and eventually found where our respective lectures were.

When I joined college, I had never had much money in my control. I had handled a big sum of money before but at that time I had been given instructions on how to spend the money.

Having control over a big sum of money was a totally new experience to me. Finally, I could eat in the fancy foods in posh hotels or so I thought.

Barely a week after I was given the huge sum of money, I had spent it halfway. I knew I would not receive any more money until the end of the month which was roughly three weeks away.

Before the end of that month, I had spent all the money I had been given on things I didn’t need. I had to take a loan to buy food.

Apart from feeling stupid for wasting money on unnecessary things, I was bitterly regretting not having saved any money.

The pattern of going through all my pocket money shortly after I received it continued a greater part of my first year in college.

I don’t know why it was hard for me to adjust my financial habits. I sunk into debt as my life spiraled out of control.

One of my goals after I joined college was to get into a romantic relationship. I had only been in a relationship once for about three months.

I was inexperienced in matters of love but I didn’t even know it. My first year college experience was about to turn nasty.

Related Post: 3 Freshman Mistakes I made in College (Avoid them)

Shortly after I joined college, I saw many people walking in pairs and I also desired to pair up. The problem was that I didn’t know where to begin.

There were so many girls who looked beautiful and unfortunately for me, those that were single didn’t walk around with a tag announcing that they were single.

I was so naïve to ask any of them to be my girlfriend.

One evening, I walked to a random girl and asked if I could go buy her supper. She turned down my offer. I tried getting close to several other girls in the subsequent days but none of them seemed interested in me.

It dawned on me that I was terrible at dating and with it came low self-esteem. My heart hated the sight of lovers holding each other walking around the University. I didn’t know what special thing other young men were doing to get girlfriends that I was not doing. It really frustrated me.

I never managed to get in any relationship my entire freshman year.

5. Struggling to Understanding in Class

My first year in college was full of many terrible experiences but one of my worst experiences was the difficulty I experienced in class.

After struggling to know where to attend classes, my problems were compounded when I couldn’t understand what the lecturers were teaching.

I picked a course in economics which I was never passionate about. All I kept hearing in the lectures were tough financial terms I had never heard before.

My worst nightmare was that my classmates were having an easy time understanding the very things I could barely understand.

I was drained and demoralized.

The poor performance continued throughout my first year in the University until when I decided dropping out was better than posting such dismal results.

Those were my top five terrible experiences in my first year in college. I had other bad experiences that you can get in the eBook in which I narrate how I dropped out of college.

If you are having a rough experience in your first year in college or you are just about to join University, gather more information to be safe.