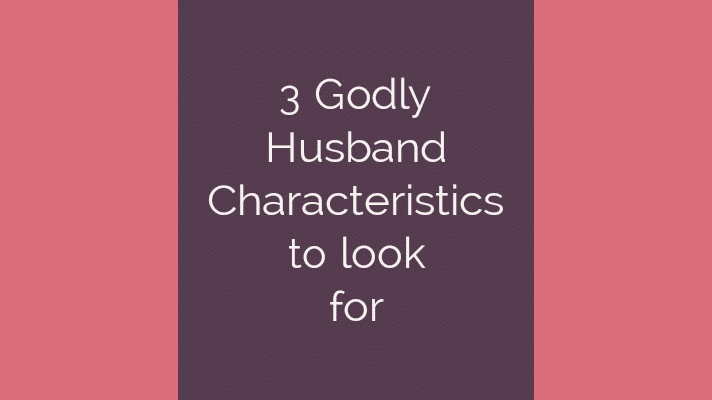 You must pay attention to godly husband characteristics if you want to get a good husband. The Bible insists that a Godly husband must love his wife as he loves his own body. That means you can tell how much care a godly man will give you simply by looking at how he takes care of his own body.

But some characteristics of a godly husband are hidden from the naked eye. In fact, they are so hidden that you can only learn them once you get married to the man.

But today I am going to tell you about those hidden characteristics of a godly husband you should look for before saying ‘I do’ to him.

Whether you are dating a godly man or trusting God for one, these characteristics of a godly man will help you gauge if you are on the right track or you should find someone else.

Every man you date will claim that he is a good listener and yes, most men are good listeners. But you need to find out who he listens to.

If you get married to such a man, you will never be listened to even though the man is a good listener.

For a man to qualify as a godly husband, he must be able to listen to the following three sources:

The Bible clearly says God is the head of a man. A man who fails to listen to God can be equated to a man whose head is chopped off. Such a man has zero brains.

Men are brutal in nature. Even the softest man you see is wildly aggressive unless he is restrained by the Holy Spirit.

God warns men when they are straying from His gentleness and love. It takes a man with a listening spirit to heed to the correction that God gives.

Being in church is not a guarantee that a man is a good listener to God. Have you not witnessed men in church cheating on their wives?

Do you think God left those men to cheat on their wives without warning them? Certainly not! Those men heard the warning from God but chose to ignore.

Even the celebrated David in the Bible once obeyed his wildly urges and took Bathsheba to bed with full knowledge that she was Uriah’s wife.

Not only did the wildly urges lead him to take Bathsheba but they also made him kill her husband Uriah.

If a man after God’s own heart can fall that far, how much more casual Christian men?

Therefore, before you conclude that a certain man will be a godly husband, gauge how much reverence he has for God’s voice. This is an important godly husband characteristic to consider.

If your godly husband does not regard the rebuke of church leaders, who will rebuke him when he mistreats you in the house?

I have already told you that every man has wild aggression in him. On any given day, the aggression can fly out.

If he is humble enough to listen to the church leaders who joined you in marriage, it will be easy to get him back in control when his wild desires erupt.

I have witnessed men who cheat on their wives and they don’t even try to hide it. Their wives are normally so desperate since they don’t know who can rebuke their husbands for them.

Don’t fall into that trap. Make sure that the godly husband you get married to has an ear that listens to his church leaders and does as he is instructed.

One of the worst experiences in marriage is when your husband won’t listen to you. That is why it is a godly husband characteristic for a man to listen to his wife.

Husbands that don’t listen to their wives are like forest fires that burn out of control. The damage they leave behind is unimaginable.

Every husband, once in a while, ignores his wife. It is healthy for a man to have a mind of his own. But when he ignores your warnings about potential marriage breaking decisions, he is not worth having as a husband.

But how do you know if a man will listen to you once you get married to him?

It begins when you are dating. If the man listens to God and his leaders in church, you can trust that he will also listen to you.

If he doesn’t, you are sure that his leaders and God will ask him to listen to you.

Taking responsibility is not fun. Most men avoid it. To make matters worse, women love blaming their misfortunes on men.

Husbands are forced to take up their own responsibility as well as part of their wife’s for the sake of the marriage. If a man cannot take up his own responsibility, how will he save his marriage when it is on the rocks?

The following are the three key areas you must make sure the godly husband you get married to takes responsibility in:

God made it clear from the beginning that it is the work of the man to provide. Even if you as his wife may want to help him, providing is his duty.

Women in the world take this seriously and so should Christian women. Dating a godly man who is constantly broke is a disaster waiting to happen.

You may tolerate the lack of resources for a while but as a woman, you will always want to go shopping. If your desire for shopping is not met, you will struggle with resentment towards your man.

It is not a must that a godly husband should be rich. But he must be on his way to becoming rich. Gauge how he handles his finances. See how he invests his money.

It is hard to be a wife to a broke man.

If a man puts his house in order on his own, you can be sure he will appreciate your help. I hope you know that a wife finds validation from her man’s appreciation.

A man who loves an orderly house will appreciate you as his wife when you maintain order in the house. A disorderly man won’t notice the effort you put in to make the house orderly.

Such a man will even mess the house with little regard to the effort you put in to keep the house clean.

Therefore, before ruling that a man will be a godly husband, make sure he is able to put his own house in order.

The six-pack is a certificate that shows that a man values his body. And as I mentioned in the beginning of this article, the same love a man shows his body he will show his wife.

The godly husband you pray for should be able to take care of his body; to clean it, trim his beard, workout his muscles etc.

Read Also: While waiting on God for a Husband, do these Two Things

That way, you can be sure once he marries you he will trim unpleasant behavior from you, he will train you to serve him and will appreciate and value you.

The Bible clearly states that the man and the woman become one flesh after marriage. Would you want to become one body that has unkempt hair?

3. A Good Husband Says NO

Men who can’t say no are called toddlers. Toddlers are entirely dependent on their mothers to wash them, feed them, take them to bed, tell them what to do etc. It is a godly husband characteristic to say no.

A godly husband should certainly not be a toddler. He must have a stand. A stand that is strong enough for him to say no to those that are dearest to him when they ask for ill favors.

Here are a few things a godly man must be able to say no to:

Advances from other Girls

A man who cannot hold himself from falling for the advances of other women does not have godly husband characteristics. By far the most important trait of a husband is his ability to resist temptation from other women.

If a husband cannot withstand seduction from other girls, how can he claim to be a husband? Whose husband will he be?

The godly husband you ask God for must prove beyond any doubt that he is able to resist other women for your sake.

The worst nightmare for any married woman is finding out that her husband is cheating. Not only is cheating a sin but it also eats away the soul of a wife.

As a woman, if your godly husband cheats, you may end up cursing God for giving you such a terrible husband.

But how do you know that a man can say no to other women for his wife’s sake before you get married to him?

Misconduct from his Parents

By the time a man becomes a husband, he must be able to reason out with his parents and not just do everything he is told to do as if he is still a baby.

A godly husband must have a clear boundary between himself and his parents. The phrase ‘shall leave his father and mother’ must be clear in his life.

If his parents’ misconduct gets to him, he must have the courage to point it out and protect you from it.

I have outlined for you key godly husband characteristics. But I must also say there are characteristics that a godly wife who fits such a man must have too.

You can never get a godly husband unless you are a godly wife yourself. Getting a God fearing husband is not easy.

I have written a step by step guide on how to pray to get a godly husband. Refer to it if you are not dating a Godly man already.