I made horrible mistakes when I was a freshman. I can’t blame myself though for making those decisions because at that time, I didn’t know as much as I know now.

The best I can do is to tell you about those mistakes so that you can avoid them. I will break down the mistakes into three major categories; academic, social and financial.

These three categories of mistakes made me drop out of college after my first year. You can get my full story here.

If you are a freshman and you don’t want to drop out of college, then steer clear of these mistakes.

When I joined college, I knew I was a bright student. But I fooled myself into thinking I could handle any course.

I had always wanted to pursue a course in the engineering space. But when my desire to get into an engineering class didn’t succeed, I was left with few options.

I consulted my Dad about an alternative course I could take and he suggested I take a course in the economics space.

Related Post: Do you Regret Dropping out of University? Read this

Immediately, my heart said no. But my Dad sweet-talked me into enrolling for a course in Economics. I further fooled myself to believe I could manage economics since I had been passing exams ever since I was in elementary school.

It didn’t take long before the horrible mistake I had made came to haunt me.

The poor results continued throughout my first year. Eventually, I dropped out of college.

Be very careful when picking a course to pursue in college. Picking the wrong course is one of the common mistakes freshmen make and they pay heavily for it.

Research on the best practices when picking a course to pursue in college to avoid picking the wrong course.

I skipped so many classes during my first semester in college. My main reason for skipping classes was just plain old laziness.

I would wake up and decide to skip a class just because I was feeling sleepy. My classmates warned me that I would fail my exams if I continued with my habit of skipping classes but I heard none of it.

Eventually, the result of skipping classes showed in my performance.

I also skipped classes because I hated the course I was doing. Classes were boring. Most times, I would barely understand anything during the lectures. It made no sense to go to class.

As the habit of skipping classes grew, so did my results tank. In my second semester as a freshman, I skipped more classes than those I attended.

After the second semester, dropping out was inevitable.

Don’t skip classes for petty reasons during your freshman year. Skipping classes is a habit that grows and eventually, you will be forced to drop out.

When I was in high school, my teachers kept saying that life in college is easy. They said that in college, you didn’t have to work hard to pass exams.

Though they might have told us so with no ill motives, their words had a huge impact on my mentality. When I enrolled in college as a freshman, I expected to pass exams without much studying.

I never had a personal study timetable. All I did was attend classes and wait for exams.

When the examination period rolled in, I realized I had made a terrible mistake. I could barely remember anything that the lecturers had taught in class.

I left many blank spaces and even the questions I managed to answer were full of fluff. If you have read my story of how I dropped out of college, you know how my performance looked like after my first exam.

Prepare for exams with the seriousness they deserve. Mediocre preparation for exams is a direct ticket for retakes and in worst case scenarios, disqualification.

I don’t know why but I loved the last minute adrenaline rush when I was a freshman in college. Lecturers would give us assignments but I wouldn’t touch them until the very last minute.

Having to do an assignment within a short time forced me to copy it from other classmates and sometimes the internet.

Submitting assignments the very last minute was a bad habit that I kept promising myself that I would change but I never changed; it only got worse.

Later, during my freshman year of college, I failed to submit several assignments because I ran out of time. Failing to submit an assignment was a direct ticket to repeating the entire unit.

Read Also: Is College making you Feel Depressed? Do this one thing

Do assignments immediately after a lecturer gives them to you. Waiting even for a day to pass will land you in the last minute mentality. 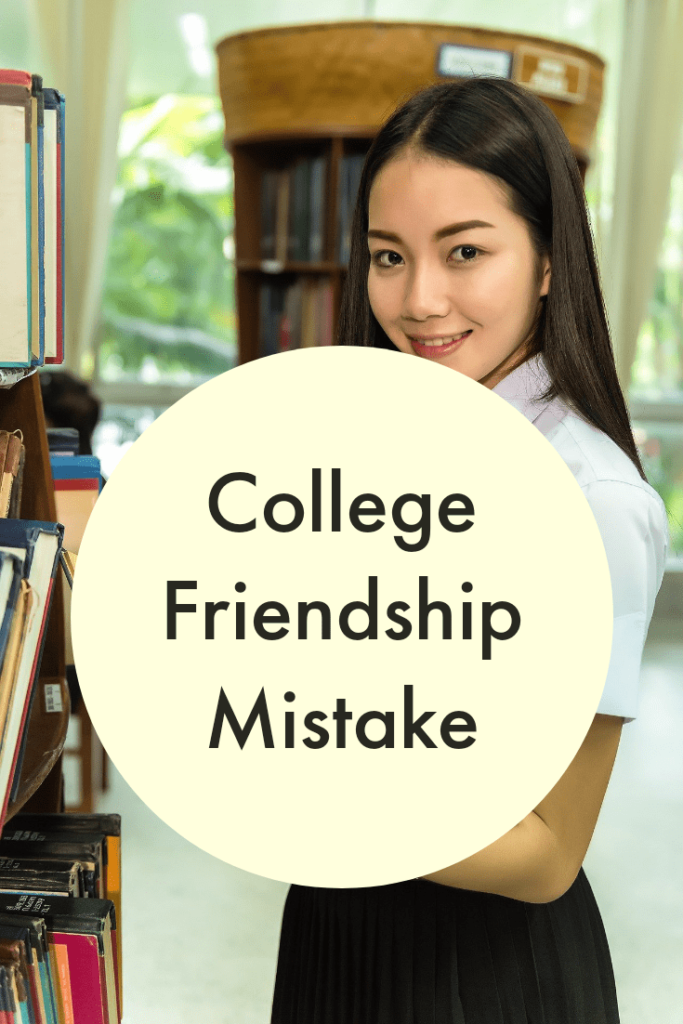 Birds of the same feathers flock together, they say. In my early days in college, I met a childhood friend who had also enrolled in the same University I was in.

We reignited our friendship and begun spending a lot of time together. I made the mistake of allowing the negative habits of my friend get to me.

Since childhood, the friend of mine had hated school. He had been punished on several occasions for misconduct related to skipping school.

After searching around, they found him in a grass farm next to the school.

In college, he still had the negative attitude towards school. He skipped classes, copied assignments and never read for exams.

Being his friend, I was slowly drawn into his habits. That was one of the reasons why I began skipping classes, copying assignments and not preparing for exams.

Avoid friends in college who have habits of skipping classes and not doing assignments. If you befriend them, you will end up like them or even worse than them.

2. Asking a classmate to be my Girlfriend

I had been warned before but in my foolishness, I did it. Towards the end of my freshman year, I met a girl who had also enrolled in college to take a course in economics.

She was a year behind me but we met frequently as we went for our classes. I was drawn to her but I was afraid of asking her to be my girlfriend because I knew if she turned me down, it would be awkward meeting her.

Despite the risk, I went ahead and asked her to be my girlfriend. The worst happened; she turned down my proposal.

Related Post: If you don’t have any Friends in College, Read this

I missed many classes until I eventually dropped out all in the name of avoiding to meet a girl who had said no to me.

Don’t date your classmate unless both of you are on the same page. Still, dating a classmate is very slippery and if anything goes wrong, your academics will suffer a great deal.

Before I enrolled in University, I was used to being given little money. But after I joined University, my Dad begun giving me more money.

I never knew that having more money meant more problems. Soon after being left with a hefty amount of money, I began buying random stuff on the street.

I bought pairs of shoes I didn’t need, clothes I didn’t wear more than once and other unnecessary flashy products.

In less than a week after I was left with the money, I had burned through three quarters of it. Seeing that the money I had was running out faster than I expected, I panicked.

I took loans from lending apps to cover my expenses but my bad spending habit wiped out all the money. I was left broke and helpless.

I remember at one point I wanted to buy an exercise book but I couldn’t afford it. I only had a little money sufficient to buy food.

Learn basic money management skills before you enroll in college. They will save you a great deal of money and your financial life will be peaceful.

Because of my bad spending habits during my freshman year, I was constantly broke. I decided to give gambling a try hoping it would save my financial woes.

Gambling only made my financial pit grow deeper. I got some money but I lost more. I moved from wasting my money on unnecessary expenses to wasting it on gambling.

I tried different gambling strategies but nothing worked.

By the time I was dropping out of college, I was deep in debt with gambling being the major cause.

Those were the major mistakes I made during my freshman year and I paid heavily for them. Avoid them at all costs for you to have a fulfilling college experience.

Till next time, cheers!

This website participates in the Amazon affiliate program. This means that I am eligible to earn a commission from qualifying Amazon purchases you make using affiliate links on this website at no extra cost to you.