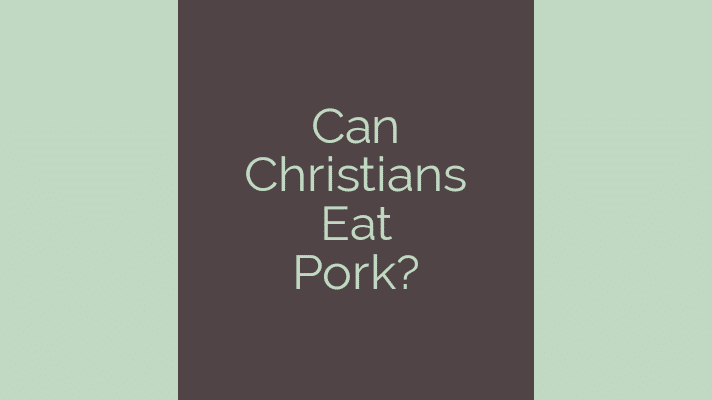 Yes, Christians can eat pork. Though eating pork was forbidden in the Old Testament, things changed in the New Testament. Jesus declared all foods clean when He said it is not what goes into a man that defiles him but rather what comes out of him.

Since then, eating pork is not a sin. In the Old Testament, eating of pork was forbidden as a way of keeping oneself clean. Pork was considered unclean because pigs were unclean animals.

But after Jesus came and offered Himself as atonement for sin, it didn’t matter anymore if an animal was clean or unclean. The blood of Jesus is superior to that of animals.

Though this is the truth, some believers held on to the Law of Moses that forbids the eating pork. There is nothing wrong if a believer avoids eating pork. In fact, Apostle Paul asks us not to judge one another based on foods we eat.

It is up to an individual believer to decide if he will eat pork or not but the truth is that all foods were made clean by Jesus. Christians who eat pork commit no sin and those who don’t are not under any obligation to eat.

We all belong to Christ and provided we believe in Him, we are saved.