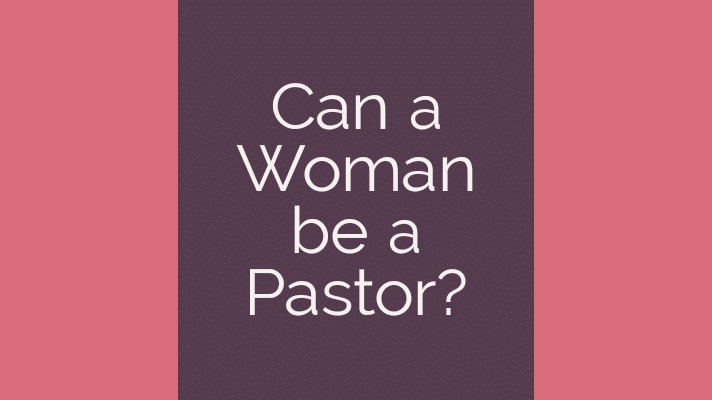 Yes, women can be pastors. The gender of a person is not a factor that can decide whether someone becomes a pastor or not. This is a hotly debated topic but the truth is that God can call a woman to be a pastor.

The most important thing is not whether the pastor is a woman or a man but rather that the pastor can preach the pure gospel of Jesus.

It is obvious that God cares more about a pastor who leads people to Him more than the gender of the pastor.

However, there are challenges that a female pastor will encounter. For example, men in a church that is pastored by a woman may feel uncomfortable. The leadership structure may also prove to be a challenge since society expects men to lead women and not the other way round.

It takes men of great understanding for them to be pastored by a woman. A female pastor can ask her husband to help her deal with aspects of pastoring such as leading men especially in areas where a woman is not expected to teach a man.

Primarily, God gave leadership to the man. But since men are as sinful as women, there is no point of preserving pastoring for men.

There are women who are better pastors than men. Female pastors handle some aspects of the church better than men.

Since we are the body of Christ, the best thing we can do is preach Jesus to all nations. Gender issues should not be a big concern in this age.

In the Biblical times, it was unheard of for a woman to be a pastor. One of the reasons was because women had a lower position than men. That is true throughout the Old Testament.

But when Jesus came, He restored the dignity of women but it took time before women became courageous enough to become pastors.

As times have changed, more women have become pastors and it is exactly as Jesus wanted it. Provided they glorify Jesus, let women be pastors.